Obsessive Compulsive Disorder (OCD) is characterized by recurrent thoughts, images, or impulses that trigger anxiety and oblige the person to implement materials or mental repetitive actions.

Obsessions are thoughts, images or impulses intrusive and repetitive, perceived as uncontrollable. The obsessions of the OCD trigger unpleasant and really intense emotions, such as fear, disgust, guilt, with the consequent need to make every effort to reassure themselves and manage their own discomfort. 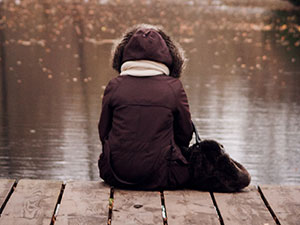 If OCD is not properly cured, first of all with a specific behavioural therapy, it tends to become chronic and worsen over time.

Obsessive compulsive disorder (OCD) have a tendency to become chronic, along with a general resistance to the usual drug therapy and psychotherapy. The use of hypnosis can represent, in some cases, a tool that is decisive, especially when associated with the therapies with drugs acting on the serotonergic system.

The hypnotic state allows a therapist to implement a series of effective behavioral techniques, merely at an imaginative level, without concrete actions. Mental execution of these techniques often allows an individual to achieve results comparable to those performed in the traditional chemical cures.

Are you suffering from Obsessive Compulsive Disorder? Would you like to know how hypnotherapy can help with OCD?

Our Hypnotherapists and Psychologists will be happy to discuss OCD treatment with you.